In the beginning of the year, I told y’all (I can say that now, being in Texas…) that I’d like to start featuring some readers’ stories on my blog.

I know so many of you think that you and I are literally the only human beings out there suffering from women’s hair loss, but I can assure you, we are not!

Below is Isla’s story—she recently purchased a Follea Lifestyle topper (T100, 14″, medium, color C5030) and was interested in sharing her Follea story with you all.

I’m 21 and I have Androgenetic Alopecia that I triggered to start early by quitting my birth control pill (Ortho Tri-cyclen). I started taking the pill at 17 & quit taking it at 19 (wasn’t trying to have a baby, just got lazy), which a few months later caused my hair to start gradually thinning. I never had any “dread shed”; the hairs just became smaller and eventually didn’t grow back at all.

To make sure this was the true cause of my loss I had blood work done—all normal—and met with a trichologist. He did a dermoscopy (saw my hair follices on a super-magnified screen) and he confirmed my belief that I had Androgenetic Alopecia. In areas where there should have been 3 hairs there would only be 1, and while some strands were thick and brown, others were smaller and either white or clear.

It turns out I am genetically predisposed to get Androgenetic Alopecia (thanks, Dad), but it wouldn’t have started for several decades if I hadn’t messed with my hormones. There is no cure for AA, but I went back on my pill because it is high in estrogen which is supposedly good for hair loss. Being back on the pill, it feels like my loss has stabilized, but of course, nothing has grown back.

As I was trying to figure out why I was losing my hair, I was also looking for ways to disguise the thinning. In the past two years I’ve tried it all: hair fibers (Toppik looked like sawdust in my hair, although Caboki was better), Bumble & Bumble Dry Shampoo (a god send, thank you Lauren!), toppers, wigs & extensions.

At first, I did okay with just an EasiPart topper. It was synthetic and undetectable if I wore my hair up. Down, however, it just didn’t match the texture of my bio hair for it to be believable.

Needless to say, I’ve been extremely self-conscious about my hair.

For a while, I slipped into a funk and didn’t want to go out or do anything. I was torn between thinking I was being ridiculous—after all, it’s just hair!—but, on the other hand, looks really determine how you feel about yourself.

It might sound vain, but I can’t help feeling that way, especially when I’m only 21! Either way, eventually I got sick of being a shut-in and decided to keep trying.

Real wigs terrified me since people would obviously be on the lookout for me wearing one (what if it falls off or someone pulls it off?!?!). I still had a good amount of hair at this point, so I tried extensions instead, mostly because they are more “acceptable” by society. At first I had a HORRIBLE weave done because I was trying to save money, but that backfired. It itched like crazy & looked insanely bad after the first day; my thin hair just couldn’t cover the tracks so you could see them everywhere. I ended up trying to take it out myself with pliers & caused a lot of damage before I went back and had the stylist remove them.

Then I tried tape extensions, which were a huge step up from the weave. They were so comfortable and I could hide the tracks by wearing ponytails, braids, etc., but I still didn’t have enough hair on the top of my head to be able to wear my hair down. Extensions only give volume underneath—not at the top where I need it. They caused some traction alopecia in addition to my hair loss from wearing them up so much.

Have You Heard of Follea?

After wasting a lot of money on products that didn’t work for me, I decided to shell out the cash and buy a Follea toppette.

Most people with hair loss have probably heard of Follea: Follea is supposed to be the best supplemental hair on the market. It makes me sick to think of how much money I spent (I could have bought a car), but I also have a very bad habit of being able to justify almost anything I do. My justification for this was that it could potentially give me my life back, and how can you put a dollar amount on that?

Thanks to my brother and other rude people in my life, I’m too insecure to wear anything that looks less than flawless, and I figured if Follea doesn’t do it, then nothing will.

But, I wasn’t disappointed. In fact just the opposite!

When the Follea topper first arrived, I was a little freaked out because it literally looked like the top of someone’s head had been carved off & put in the box (sorry if that’s too graphic, it just looked THAT real). Follea hair is European which matches the texture/density of my bio hair perfectly and the hairs are attached individually using a “french-knot” method, so it has a little bit of scalp cleavage that extends all the way to the back just like an actual part.

My Follea looks extremely realistic, even to my meticulous, ridiculously self-conscious eyes. I had to dye my hair to better match the piece (which actually plumped my hair & made it look a lot thicker. I will keep doing this from now on).

Even though the Follea topette looked extremely realistic (even the front which I can never get to look real with hair pieces blended in perfectly with my bio bangs), European hair is known for being very fine. The Follea hair looked flat and it didn’t flatter my face at all.

What I ended up doing was putting in a few more tape extensions for a little extra volume. I never had the piece cut or styled. I curl the Follea once a week and curl my bio hair/extensions and either wear it in a low pony that looks really cute/voluminous & pull some strands out around my face, or I do a half updo. That way I can fake more volume with a clip than if it just hung naturally limp. Curls suit my face much better than straight hair does, and I think it makes the topper virtually undetectable, versus if I were to wear it pin straight.

Thanks to this blog, I’ve also found two other pieces that meet my high standards when it comes to wearing hair. When I am giving my hair a “rest” from the extensions, and to preserve the Follea, I alternate between the Code Mono wig by Ellen Wille (Thanks again, Lauren!) and the Effect topper, also by Ellen Wille.

The wig I wear with my own bangs out and pinned into a sort of “bump” that covers the lace front & I sewed clips into it so it would feel more secure.

I *love* the layering of the back of this wig, and it is much fuller than the Follea so I don’t have to have any extensions in to get that nice volume (but not too much volume that it looks wiggy).

The topper I wear strictly in up-dos, like buns, and messy things, mainly just for added volume; the texture of it stands out too much from my bio hair to wear it down.

So, after two years I am finally okay with how I have managed to get my hair to look (though it is annoying how much time/effort/work/money I have to put into it… but the result is worth it).

Although, I hate how I can never run my fingers through my hair and anytime I touch it I have to be mindful of how I’m touching it. That gets annoying, too.

The worst is when someone compliments my hair, because now a lot of people do (maybe they notice a difference?). I feel guilty since half of it isn’t even really MY hair, like I’m lying about who I am or something, but I just say “thank you” and try to change the subject.

I still have some insecurity issues to work through, and it will be interesting to see how dating goes (ughhh, how do I say my hair is almost all fake?) I’m also anxious about the future since I hear Androgenetic Alopecia only gets worse with time, especially if it starts when you’re young (what if I loose my bangs and can’t blend wigs/toppers to look real enough?!).

But, I can’t think about that stuff right now.

I’m living in the present instead and I’m switching my focus once again, this time to working on becoming a stronger person & working on my confidence—I think that will get me a lot further in life than having fake hair. 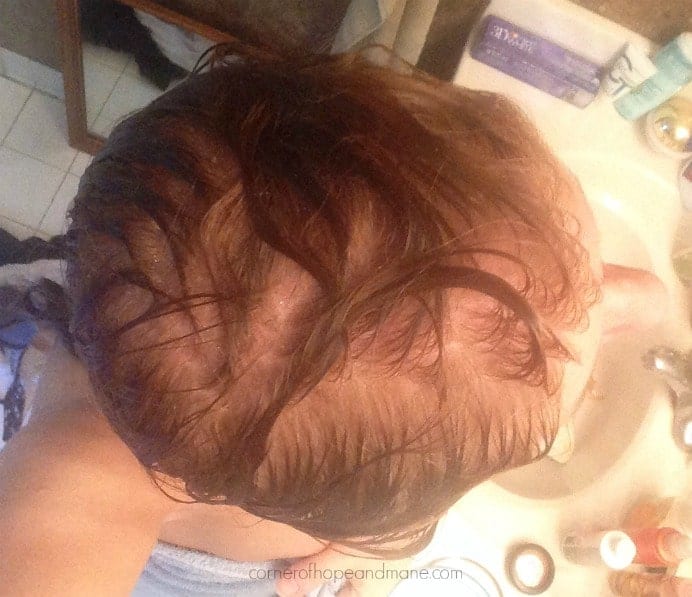 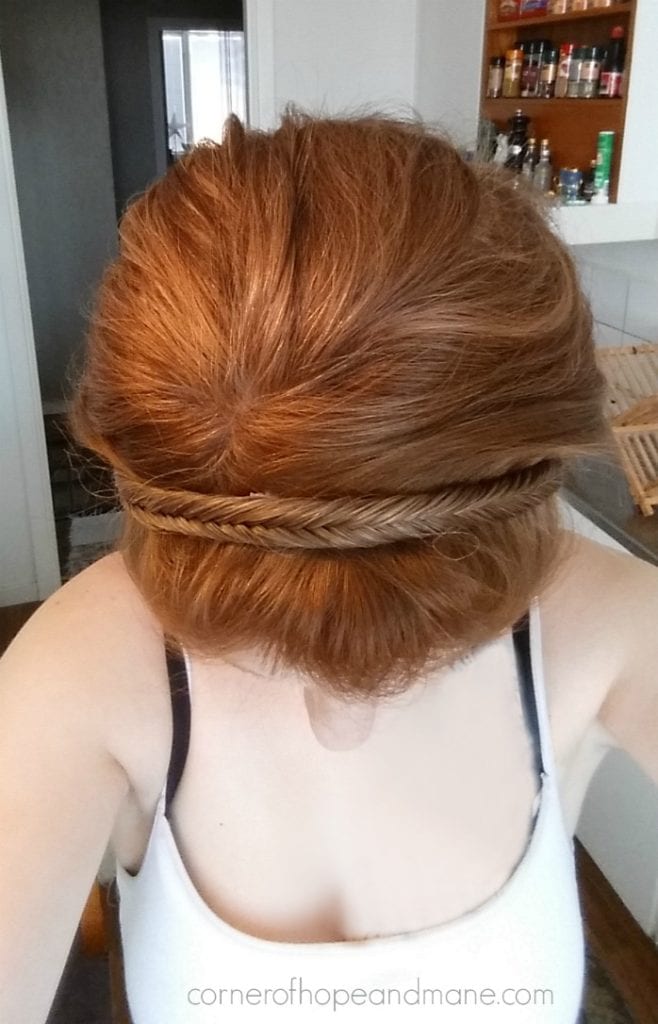 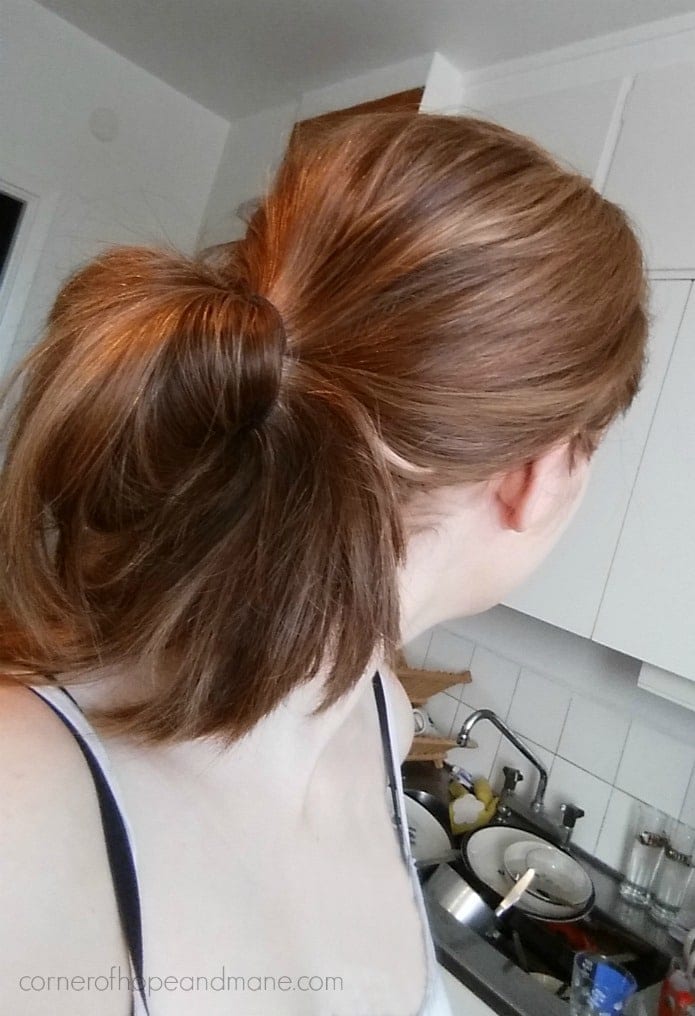 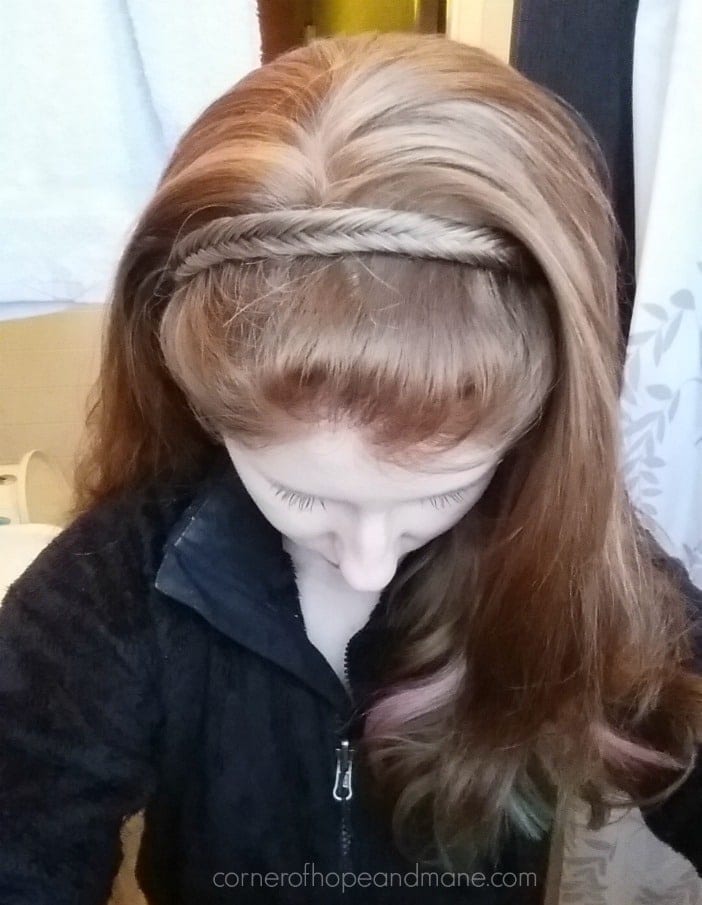 Don’t you love Isla’s last words? I know I do.

Be on the lookout next week for a follow up from Isla…you won’t want to miss it!

49 thoughts on “Follea Wigs and Toppers: Is Follea Worth the Hype?”