If you’re wondering how to track or calculate ovulation, you’ve come to the right place–as someone who wasn’t sure if I was ovulating at all, I used these ovulation tracking methods to determine if I had an issue or not. My Pregnitude success post talks a little bit about the products I used to track my ovulation (and yay! I’m now pregnant!), but I thought a full post may be in order because the process can seem overwhelming at first (but I promise it’s not).

How to Track Ovulation: Step 1

The first thing I did to pinpoint my ovulation was to get a basal thermometer. It’s important to get a basal thermometer versus a normal one because it tracks your temp down to 1/10th of a degree, rather than the standard 2/10th of a degree. Taking your temperature each morning right when you wake up is the most-recommended way by most of the experts to see what your body is up to. Basically, right when you wake up (and ideally at the same time *every* day), you take your temp and record the results. I used the free app “Fertility Friend” to track ovulation and it’s available for both the iPhone and Android. It’s a detailed, free ovulation calendar that will show you when you ovulate! Each morning before doing anything–before taking a drink of water or even going to the bathroom–I plopped my basal thermometer into my mouth to get a read–I really recommend a digital basal thermometer because they are easy to use and give really accurate readings. I’d then record it in the app. In most women, your temperature will rise about .5 of a degree after ovulation. My baseline was always around a 97.7, give or take. Most times, after ovulation, it would rise to about 98.3 but could go even higher. The app is great because it will keep track of your temperatures each day, and will clearly tell you when you’ve ovulated.

When I wasn’t trying to conceive and was simply trying to pinpoint my ovulation, just using my basal thermometer worked well. I was able to determine my body was “working” (although, I was a very late ovulator and those late dates varied quite a bit, which is not ideal!) and get an idea of when I should expect my period. After you’ve ovulated, your period generally comes about 14 days later, so when you have wonky cycles like me, it’s nice to know when to expect Aunt Flow. So, while it worked well, a temperature rise tells you that ovulation already happened, which is too late if you’re trying for a baby. You’ll need a few other tools for that, read on.

How to Track or Calculate Ovulation: Step 2

Enter my favorite tool ever; you all have heard me talk about them before. I LOVE Wondfo OPKs! OPKs are ovulator predictor kits and are used much like typical pregnancy tests. You pee in a cup, dip a little strip, and it will tell you if you are about to ovulate. Yes, they tell you that you are likely to ovulate within 24-48 hours (and then you confirm with your temperature tracking to find out if you did!). How cool is that? Because PCOS made my cycles so dang screwy, I would typically start using the OPKs on about cycle day 12 when TTC. I’ve read that it’s best to test with OPKs in the late afternoon, so I would test after work. Sometimes, if I felt that I was getting close, I would test twice a day: once in the morning and once in the evening. Unlike pregnancy tests, with OPKs, you will most always have a test line appear with the control line. What you want to see is the test line be as dark as or darker than the control line. Sometimes it’s hard to figure out if it’s positive because it will look *almost* as dark as the control. For me, it was glaringly obvious when the test was positive: 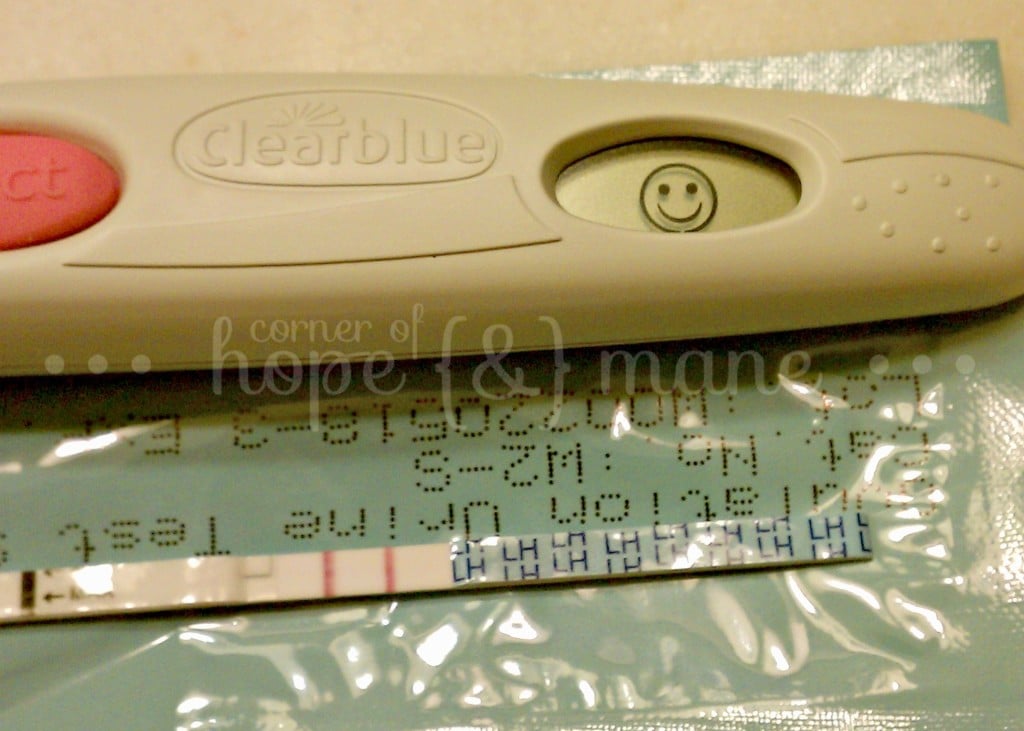 You can actually see how the left-most portion of the test line is slightly darker than the rest of the line. It always appeared like that for me when ovulation was approaching. In my early days of using these tests, to verify their accuracy, I would often also use a Clearblue Easy OPK (the ones with the easy-to-read Smiley faces) right after the cheapy strip using the same urine. These also work fairly well, but they can be kind of tricky to use. I’d often get errors with them (therefore, wasting an expensive test), unfortunately. But, it was nice to have the verification that the cheap tests work just as well. Actually, in my opinion, the cheapies may work better to calculate ovulation; I think they are more sensitive. That, plus the fact that they are incredibly cheap make these the winner for me.

So, those are my two fool-proof ways for tracking or calculating ovulation. In short, the OPKs tell you you are about to ovulate, and the basal thermometer tells you that you already have. These two tools are really all you need, however, if you are *really* into this, read on.

How to Track or Calculate Ovulation: Step 3

One little tool that is kinda cool (but not necessary) is an ovulation microscope. For all of you that like a little science, this is pretty neat. After taking my temp in the a.m., I would swipe a little bit of saliva on the lens of this microscope and let it dry. It takes about five minutes. Then, you view your results through the microscope. If you see a “ferning” pattern, that means ovulation is on its way! 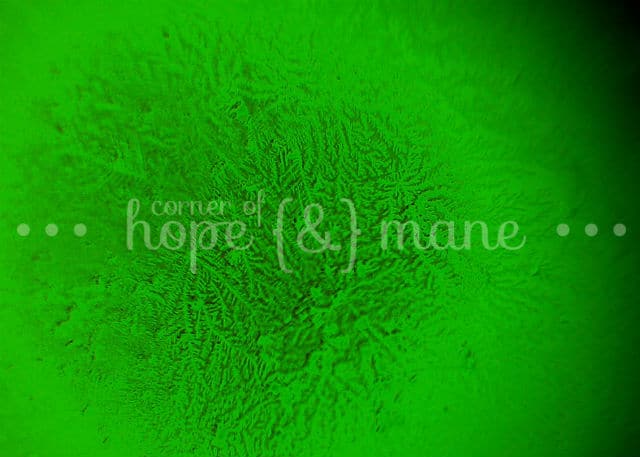 The hard thing about this is that it’s hard to know when you really see ferning. Sometimes you just see spit bubbles, and other times you see branches that are stick-straight. What you are looking for are ferns that bunch together and curve into themselves. Sounds weird, huh? A lot of people like these saliva tests because they are reusable–for about $30, you can predict your ovulation for years to come. What I’ve found is that some months I wasn’t able to determine via this test I was about to ovulate. I would get close to ferning, but not quite.

Is an ovulation microscope/saliva test worth it?

Are you the type of person when you think you are pregnant will go out and buy six different tests to check? Ummm, aren’t we all? If so, you might really enjoy the microscope. Combined with the app, OPK tests and the temping, it just adds another piece to the puzzle that confirms your ovulation pattern; it’s great (and fun!) peace of mind.

Oh, and if you’re wondering how to take a picture of your saliva test–the pic above is just aiming my phone through the viewer. Cool, huh?

Are There Other Ways to Calculate Ovulation?

Sure are–the above is just my method. There are other things you can do, like analyze your cervical mucous (CM) or feel your cervix to determine it, as well. But, these are what worked for me–I hope these tips and trick work for you, too!

6 thoughts on “How to Track or Calculate Ovulation (My Method!)”