The ’80s called…they want their bangs back! Ok, I know these aren’t ’80s bangs (which I rocked!) but they are a trend I thought I’d never see again, especially with my hair loss.

I had my baby nine months ago and promptly started the post-partum shed around three months after he was born. Boy, was that EVER traumatic for someone with hair loss to begin with! I wanted to punch every new mom who was blessed with thick, lustrous hair (what’s that?) during their pregnancies who lamented that they were losing so much hair they were “about to go bald!” Or, “I’m going to need to get a wig since I’m losing so much hair!”

My shed stopped at about six months post-partum and the post-partum hair regrowth began. The super-short wispies are starting to growth out to something more substantial, and I’m not sure what to think of my new “look”: 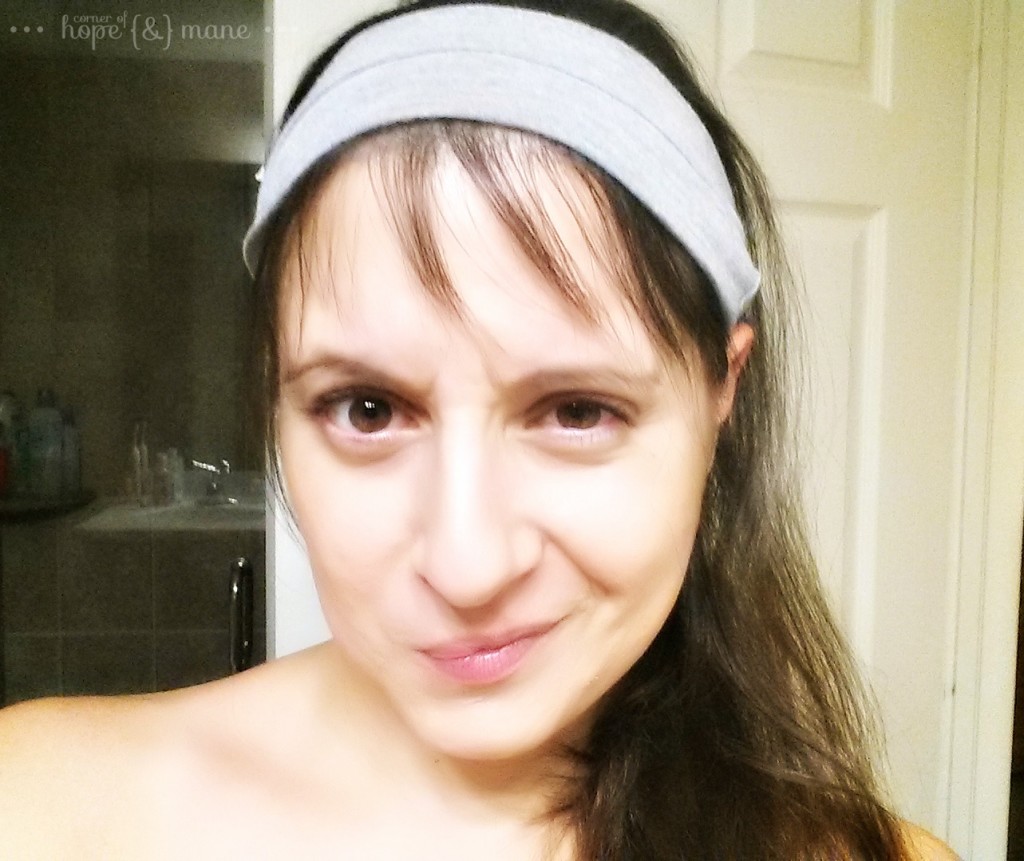 Forgive the lack of shirt – I was about to hop in the shower! But taking a pic was just too tempting to pass up. I saw a bit of post partum hair regrowth peeking out from below my headband. For the fun of it, I decided to brush that regrowth down to see what I’d look like. Holy heck, I have bangs for the first time in forever!! Alright, so I know they aren’t REAL bangs that are workable…and I also know that directly above them I have a huge, glaring piece of scalp, but they were still surprising to see!

Since most of my hair loss is concentrated up front (pre-baby), it makes sense that the majority of what I lost (that is now coming back as post partum hair regrowth) is up front, too. I’d love if all of this growth was all over my head, but it doesn’t look like it continues all over. Maybe a little, but not as much as you see here.

Since I have no choice but to let it grow, I’m going to keep a close eye on how it looks to see if I can maybe pull off some side-swept bangs with my toppers, eventually.

I know there are some moms that read this blog – how did the post-partum shed affect you?? Did you also get some wacky post partum hair regrowth?