If you have young kids, or are planning to have children someday, the same thoughts may have crossed your mind:

What in the world will my kids think about my hair? What will I tell them?

I have two young boys. My eldest is six years old and entering first grade this year. My youngest is three (I started wearing hair immediately after his birth).

Both are into superheroes and riding bikes and getting dirty and boogers.

Both have also seen me with and without my hair.

They’ve seen me put it on.

They’ve seen me take it off.

They’ve seen my scalp. Both bare coming out of the shower, and covered in glue.

Surprisingly, it’s my three year old that is the most inquisitive. And by inquisitive, I mean I can only think of one question in recent memory about it.

I was finishing up getting ready one weekend morning, and he was in the bathroom with me.

He looked at my hair topper (which was in my hand) and asked, “is that your hair?”

He pointed to his head.

That’s it. End of story.

For now, they don’t know anything differently.

I’m not sure they’ve made any connection that I have “other hair”, while Daddy and they don’t. It simply hasn’t crossed their minds. 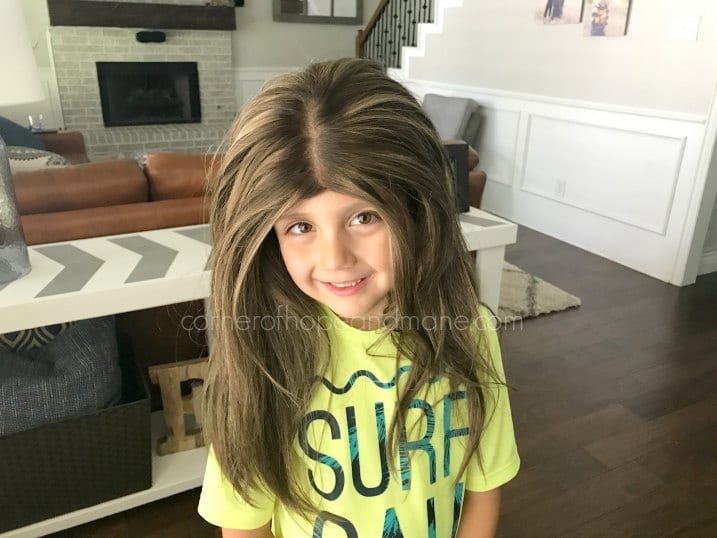 They’re still young, so they haven’t had a ton of opportunity to interact with others kids in their homes yet. Meaning, they haven’t experienced other mothers.

But I don’t think they are thinking this way quite just yet – they aren’t at the point where they are comparing and questioning.

I’m sure the day will come.

In fact, I can imagine it likely happening when my parents are visiting. I’m sure my mother will yell from the bathroom one day, “I’ll be right out, I’m just finishing getting ready.”

And one of those dear boys will innocently ask if she has to put on her hair.

My mom will be super-confused, and I’ll need to figure out how I want to handle that. Quite honestly, I don’t care who knows, but so few people DO know that now it’s just kind of weird.

Does that make sense?

(New readers, one point of clarification: exactly two people know I wear hair. My husband and one good friend. Ok, well two people and all of you.)

As I imagine it right now—and this can always change—I’ll sit with the boys and tell them that some things we can talk about as a family in our home, but we don’t talk about it with other people.

They’ll look at me in understanding with solemn faces, until one of them (probably the impish little one) will start to giggle.

And they’ll look at each other.

And that little one will loudly say “FART!”.

Because we have a whole list of topics we can talk about at home with our family, but not in front of other people. And at three years old, talking about farting is hilarious and if he has any opportunity to say it, he’ll take it. The hair conversation will give him the perfect opening.

That’s about as far as I’ve gotten in my thinking about this—that first conversation. I’m sure there will be more to come after that.

I’d love to hear how you plan to address this with your kids. What about with daughters? I’m all boy, so thinking about it as it relates to daughters is foreign to me, and maybe a different conversation.